Telegram gained over 70 million new users during Monday’s Facebook outage, its founder Pavel Durov said on Tuesday, as people worldwide were left without key messaging services for nearly six hours.
Scrambling for alternative, many users across the globe found Telegram, which has always position as a big threat to Facebook’s instant messaging app, Whatsapp as an alternative.
Facebook blamed its outage, which kept its 3.5 billion users from accessing services such as WhatsApp, Instagram and Messenger, on a faulty configuration change.
“The daily growth rate of Telegram exceeded the norm by an order of magnitude, and we welcomed over 70 million refugees from other platforms in one day,” Durov wrote on his Telegram channel. 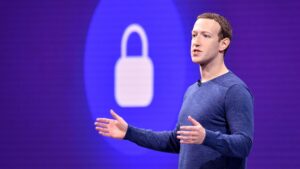 Durov said some users in the Americas may have experienced slower speeds as millions rushed to sign up at the same time, but that the service worked as usual for the majority.
EU antitrust chief Margrethe Vestager said the outage demonstrated the repercussions of relying on just a few big players and underscored the need for more rivals.
Russia said the incident showed Moscow was right to develop its own sovereign internet platforms and social networks.
WhatsApp’s nearly six-hour long outage on Monday hit trading of assets from cryptocurrencies to Russian oil, market players said, although a quick shift to alternative platforms such as Telegram limited severe disruption.
Facebook suffered an outage for about six hours on Monday, while some businesses that rely on the largest social media platform suffered along with it.
The platform and its Instagram and WhatsApp siblings play key roles in commerce, with some companies relying on Facebook’s network instead of their own websites.
But on Monday, that network came crashing down. It wasn’t a hack, Facebook said, but rather a self-inflicted problem.
An update to Facebook’s routers that coordinate network traffic went wrong, sending a wave of disruptions rippling through its systems. As a result, all things Facebook were effectively shut down, worldwide.
The problem was made worse — and its solution more elusive — because the outage also whacked Facebook’s own internal systems and tools that it relies on for daily operations. Employees also reportedly faced difficulty in physically reaching the space where the routers are housed