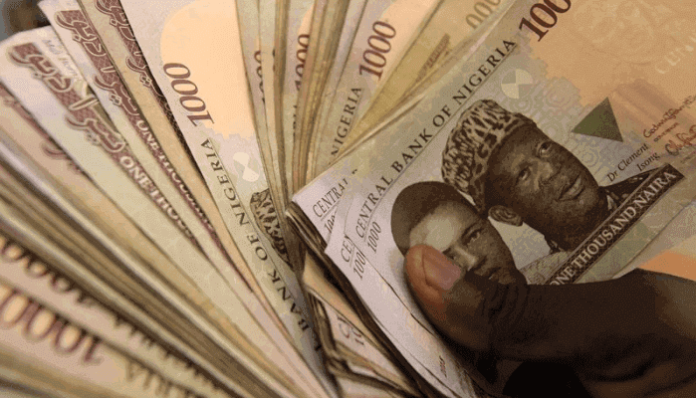 The Nigerian Treasury bills recently record sellooffs as investors switch portfolios amidst the ongoing rally in the equity market.

The Nigerian Exchange turns positive as the stock appreciates for four trading sessions.
A slowdown in headline inflation rate and eventual benchmark interest rate hold decision by the monetary policy committee reduce the possibility of yield re-pricing in the fixed income market.
Consequently, trading activities in the fixed income space has been quiet and cold due to unimpressive returns of investment.

Further pressure was seen in the second half of 2021 due to low issuance from the Nigerian Debt Management Office.
In the first half, more than N1.81 trillion was raised via the Nigerian debt capital market. At the DMO auction for re-openings in September, there was an oversubscription with a strong record of a bid to cover ratio.
Analysts had predicted that rates would remain under pressure as long as there is robust liquidity in the financial system amidst low securities issuance. Meanwhile, due to the absence of liquidity pressure, interbank rates have been on a decline. While not permanent, short term rates have tumbled to single digits.
Data from the FMDQ platform shows that open buy back (OBB) slides 183 basis points to 6.17% on Tuesday. Also, the overnight lending (OVN) rate contracted by 192 basis points to 6.8%, a situation analysts at Cordros Capital attributed to the absence of significant funding pressures on the system.
Analysts report shows that trading in the Nigerian Treasury Bills secondary market was bullish, as the average yield contracted by 18 basis points to 5.1%.

Across the benchmark curve, it was noted that average yield declined at the short (-79bps) end due to demand for the 9 day to maturity (-89bps) bill but expanded at the long (+4bps) end as investors sold off the 296 day to maturity (+22bps) bill; the mid-segment closed flat.
Elsewhere, the average yield at the open market operations (OMO) segment was flat at 6.3%. Trading activities in the federal government bond secondary market turned bearish, as the average yield expanded slightly by 3 basis points to 11.1%.
Across the benchmark curve, the average yield contracted at the short (-8bps) end as investors bought up the JAN-2022 (-48bps) bond but expanded at the mid (+4bps) and long (+13bps) segments following selloffs of the JUL-2030 (+8bps) and JUL-2034 (+23bps) bonds, respectively.
Third Quarter Review
The Overnight (ON) and Open Buy Back (OBB) rates in Q3’2021 opened at 12.00% and 11.50%, to respectively close at 15.75% and 15.00%, following the Open Market Operation (OMO) maturity inflow of ₦199 billion, Bond maturity of ₦602 billion and Promissory Note of ₦ 312 billion within Q3’2021.

Atlass Portfolios said the dipped across the Fixed Income market was a result of the decline in the inflationary rate, decline in the OMO Auction rates and positive sentiment in the equity market, as investors continued to take advantage of the valued stocks.