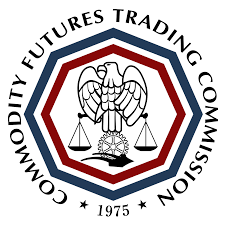 The United States Commodity Futures Trading Commission has filed a civil enforcement action in the U.S. District Court for the District of Massachusetts against Uduakobong Udo Inyangudo also known as Alexander Uti Bassey of Lagos, Nigeria; Vanessa B. Okocha of Houston, Texas; Amen M. Okundaye of Houston, Texas.
Others are Charles A. Ochi of Grant Prarie, Texas; Diego I. Okeh of Brooklyn, Maryland; Daniell N. Liggins of Dallas/Ft. Worth, Texas; Victor O. Edeh of Waltham, Massachusetts; and Tochukwu Edeh of Jacksonville, Florida.
The complaint alleges that during the relevant period, from approximately June 2016 to February 2019, the defendants used Primefx.org to fraudulently solicit and subsequently misappropriate over $1.2 million from the U.S. and international customers, as part of a coordinated scheme, for purported trading in foreign currency (forex) and Bitcoin.
The CFTC seeks restitution, disgorgement, civil monetary penalties, trading and registration bans, and injunctions against further violations of the Commodity Exchange Act (CEA) and CFTC regulations, as charged.
As alleged in the complaint, during the relevant period, Prime FX operated a website, Primefx.org that made false and misleading representations regarding trading forex and Bitcoin. During the relevant period, Uti was the administrator of the website and the individual responsible for the domain.
Also alleged in the complaint, Uti engaged in the fraudulent solicitation of potential and existing Prime FX customers throughout the United States and other countries by making false and misleading claims and omissions about managed account trading in forex and Bitcoin.
Uti managed the email account which directed customers to deposit their funds into the personal bank accounts of the other defendants, along with other Prime FX agents – who ultimately misappropriated the Prime FX customers’ funds.
The commission said the defendants engaged in conduct that facilitated the misappropriation of virtually all of the Prime FX customers’ funds.
The CFTC acknowledges and appreciates the cooperation and assistance of the Office of the U.S. Attorney for the District of Massachusetts, the U.K. Financial Conduct Authority, the Cypress Securities and Exchange Commission, and the China Securities Regulatory Commission.
The Division of Enforcement staff members responsible for this action is Glenn Chernigoff, Kara Mucha, James H. Holl, III, Erica Bodin, and Rick Glaser.
The CFTC has issued several customer protection fraud advisories that provide the warning signs of fraud, including the Foreign Currency (Forex) Trading Fraud Advisory, to help customers identify this sort of scam.
The CFTC also strongly urges the public to verify a company’s registration with the CFTC before committing funds. If unregistered, a customer should be wary of providing funds to that entity. A company’s registration status can be found using NFA BASIC.
The CFTC’s forex and bitcoin fraud and misappropriation action today was brought pursuant to the CFTC’s enforcement authority which authorizes the CFTC to take certain enforcement actions to protect the public interest relating to any commodity in interstate commerce, as well as futures contracts and other derivatives, including swaps, which are subject to the CFTC’s regulatory and oversight authority