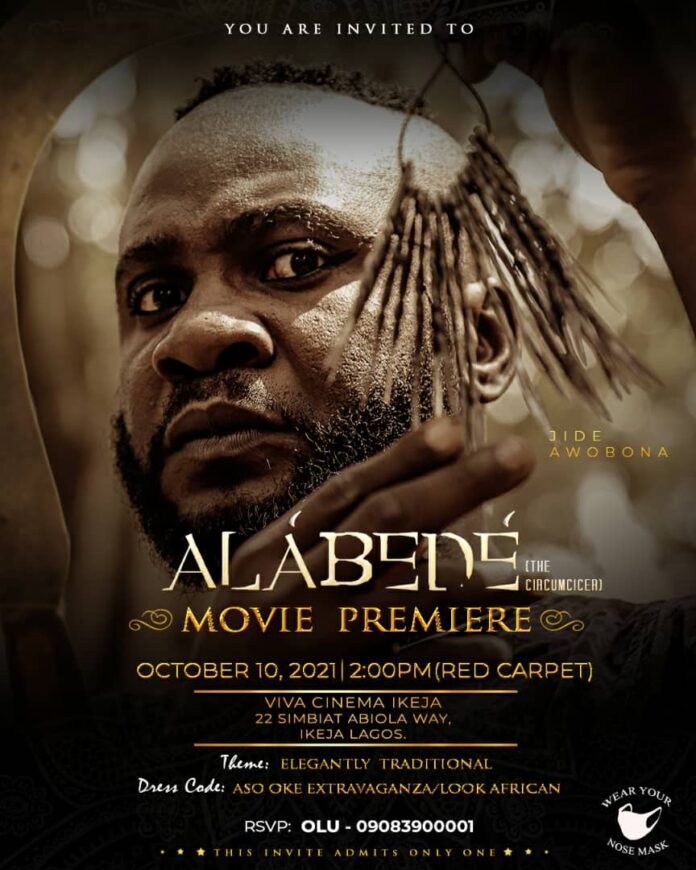 According to Awobona, The movie centers on a young man, the one and only son of ABEBUNMI a professional/popular circumcizer in Ayedun village.

He is fierce, unique, weird, troublesome and has a very soft spot that must not be tampered with. He is ALABEDE.

ALABEDE movie is a multi-millionaire project that will leave viewers mesmerized with visual extravaganza.

it was directed by Razaq Olayiwola (Ojopagogo) and Tunde Ola-yusuf