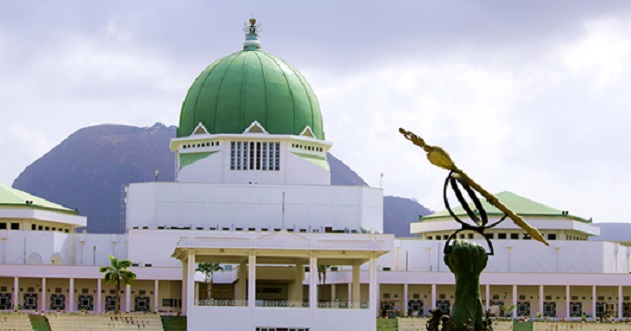 BY Niyi Jacobs
Nigeria’s fiscal spending proposal or the Appropriation Bill of N16.39 trillion passed second reading at the Senate on Wednesday, after debates on the general principles of the bill by the Senators at plenary.
The bill is entitled “A Bill for an Act to authorise the issuance, from the Consolidated Revenue Fund (CRF) of the Federation, the total sum of N16.39 trillion of which N768.28 billion is for statutory transfers.”
The senators, who took turns to deliberate on the bill included Sen. Abba Moro (PDP-Benue), who called on the government to change its strategy on budget presentation and budget implementation.
“We must change our implementation strategy and our budget system so that Nigerians can benefit from this annual ritual called a budget.
“We must try as much as possible to block the leakages in our economy so that we can conserve funds for the development of our infrastructure.
“I don’t know the place of education in this budget yet we want to enthrone a vibrant population in our country.
“Poverty is on the rise. Several programmes have been churned out by this administration in all our budgets.
“When the COVID-19 pandemic was on, we heard that N52 billion had been spent on feeding school children when schools were supposed to be closed.
“We had rancor with the Ministry of Labour and Productivity recently on the 774 Public Works. Today, Nigerians are characterising that programme as a scam.
“We must change our budget system. The envelope system is a system that duplicates and continues to do one thing all over and over again and we will not expect a new result.”
On his part, Senate Deputy Chief Whip, Sen. Sabi Abdullahi, said that with the current economic trend where there was low productivity and growth, the government must consolidate the transportation network.
“On railways, the actual north-western corridor; Sokoto and Kebbi has not been properly captured and there is need to look at that aspect.”
Sen. Smart Adeyemi (APC- Kogi) urged the government to invest more funds in the completion of the Iron and Steel Complex, as it was capable of providing jobs for 68, 000 engineers and technicians.
“We should draw the attention of the executive to critical areas of economic development. One of it is that both monetary and fiscal policies must be interwoven in order to improve the well-being of the people and generate wealth for our nation.”
Sen. Betty Apiafi (PDP-Rivers) said: “I like to debunk an argument that Nigeria is under-borrowed. Nigeria is not under-borrowed.
“Nigeria is 73 per cent debt to revenue ratio. It’s the highest among African countries at our level, which is extremely high. We are the highest country in Africa in terms of debt service and revenue ratio. We really need to watch that,” Apiafi said.
In his remarks, Senate President Ahmad Lawan urged the lawmakers to accord the 2022 Appropriation Bill the same devotion, commitment and dedication they did with the 2020 and 2021 appropriation acts.
“That commitment certainly saw us succeed in passing the previous bills. I’m sure that we are ready to repeat in passing the Appropriation Bill 2022 before the end of December.
“I agree with those of us who raised issues of revenue generation, collection and remittances to the coffers of the Federal Government.
“The agencies that are supposed to collect and remit revenues will have to be tasked and this 2022 Appropriation Bill shows that we have over N400 billion coming from these agencies as additional revenues.
“We need to do better, we need to more. Government agencies must remit revenues that they generate. We have to also invest in our people,” Lawan said.
Meanwhile, Lawan has announced that the various Standing Committees of the Senate would, on Monday, Oct. 18, commence budget defence for Ministries, Departments and Agencies (MDAs). #Nigeria’s 2022 Spending Bill Passes Second Reading in Senate