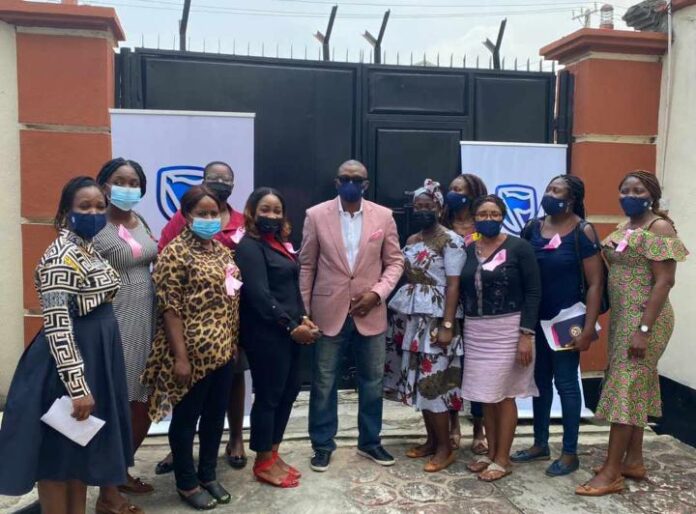 Stanbic IBTC has recently sponsored about 30 females for Cancer screening exercise in Lagos ..

The screening exercise, which includes ten females journalists in attendance, was organised in collaboration with Optimal Cancer Care Foundation in an effort to combat breast and cervical cancer among women in Nigeria.

While speaking at the event, Dr Femi Olaleye, the Medical Director of Optimal Cancer Care Foundation Lagos, charged women on the need to do periodical check on their breast to avoid any form of cancer ..

He also mentioned that Cervical cancer is one of leading killer disease among women.

Dr Olaleye said Cancer is caused by a virus called HPV (Human Papilloma Virus) and it is sexually transmitted.

At the event, participants were made to understand the meaning and the cause of cervical Cancer ..

The Doctor however, said cervical cancer can be prevented by regular screening and vaccination.