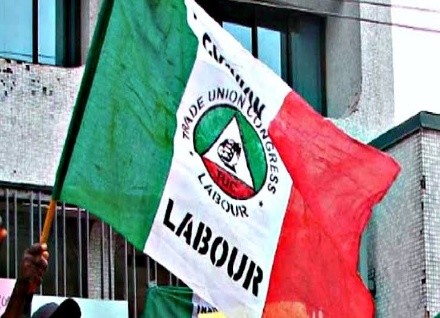 Workers’ union, Nigeria Labour Congress (NLC), has rejected the Nigerian government’s N5,000 payment to 40 million poorest people as a bait for its planned fuel pump price increase to between N320 and N340 a litre by the first quarter of next year.

Mele Kyari, group managing director and chief executive officer of Nigerian National Petroleum Corporation (NNPC), had announced that petrol price could jump by as high as N320 and N340 a litre from February 2022. And that the price increase would be consequent on the central government’s plan to totally remove subsidies on premium motor spirit, known as petrol. His optimism was predicated on the claims that the fuel subsidy removal is now backed by an act of parliament, the recently signed Petroleum Industry Act (PIA).

Zainab Ahmed, minister of finance, budget and national planning, spoke in a similar vein during the launch of the World Bank Nigeria Development Update (NDU), titled, “Time for Business Unusual,” where she also announced government’s plans to disburse N5,000 to some 40 million poorest Nigerians each as transport grant to cushion the effect of the planned subsidy removal.

The disclosures by the two Nigerian officials are in symphony with the positions of Shubham Chaudhuri, World Bank Nigeria country director, and the International Monetary Fund (IMF), urging the Nigerian federal government to do away with fuel subsidy.

But NLC insists that the planned petroleum industry reform amounts to “deregulation based on [an] import-driven model,” and says it completely rejects the incoming policy.

“What we are hearing is the conversation of the Federal government with neo-liberal international monetary institutions. The conversation between the government and the people of Nigeria, especially workers under the auspices of the trade union movement on the matter of fuel subsidy was adjourned sine die so many months ago,” said Ayuba Wabba, the NLC national president, in a statement.

He said: “Given the nationwide panic that has trailed the disclosure of the monologue within the corridors of government and foreign interests, the Nigeria Labour Congress wishes to posit that it continues to maintain its rejection of deregulation based on import driven model. It is difficult to convince Nigerian workers why our dear country is the only country among the OPEC member countries that cannot produce its own refined petroleum products; and thus adopts the neo-liberal import production model of refined petroleum products.”

According to the NLC, the only benefit of deregulation based on import-driven model is that Nigerian consumers will infinitely continue to pay high prices for refined petroleum products, which would definitely be compounded by an astronomical devaluation of the Naira, which currently goes for N560 to 1US$ in the parallel market.

The labour group also deflated government’s often used cliché by comparing petrol price in Nigeria to other countries; saying it is a faulty premise akin to ‘comparing apples to mangoes’.

NLC said the contemplation by government to increase the price of petrol by more than 200 percent is a perfect recipe for an aggravated pile of hyper-inflation and astronomical increase in the price of goods and services, thereby opening a wide door to unintended social consequences, such as degeneration of the current insecurity crises and possibly citizens’ revolt. This is not an outcome that any sane Nigeria wishes for.

On the bait by the government to pay N5,000 to some 40 million Nigerians as palliative to cushion the effect of astronomical increase in the price of petrol, NLC said, it is comical, to say the least.

“The total amount involved in this queer initiative is far more than the money government claims to spend currently on fuel subsidy. Apart from our concerns on the transparency of the disbursement given previous experiences with such schemes, we are wondering if the government is not trying to rob Nigerians to pay Nigerians? Why pay me N5000 and then subject me to perpetual suffering?” the labour union retorted.

NLC put forth its recommendations to the government on the way out of the quagmire, with measures including: insulate the domestic consumers from the market pressure brought about by the free fall of the Naira by making arrangement with contiguous refineries not far from Nigeria to swap crude oil with refined petroleum products;  accelerate work on the rehabilitation of Nigeria’s four major refineries which are all currently operating at near zero installed capacity; and establish empirical data on the quantity of refined petroleum products consumed daily by Nigerians. It is unfortunate that this record remains a myth and a huge crater for all manner of official sleaze and leakages in the downstream petroleum sub-sector of Nigeria’s oil and gas industry.