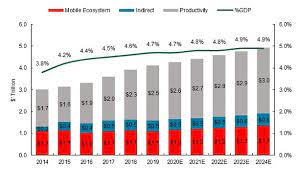 The entrance of the big mobile telecommunications companies into the financial services space is generating serious interest and discussions in the banking industry,

Some players in the financial industry believe big mobile telecommunications companies coming  into the financial services space would complement the banking services for efficiency, others fear that it may eat into their businesses and market share.

Whatever, may be the case experts are wont to believe the development might alter the shape of banks in terms volume of business, competitiveness among other factors.

‘’The shape of banking or the financial services industry in Nigeria may be changing fast. This is more so when the MTN and Airtel are entering the banking arena for market share,’’ an analyst who did not want a mention of his name in print said.

Both big mobile telecoms firms appear in fact, to be the largest mobile telephone net-works in Africa at the moment. Before now, deposit money banks which have operated the brick and mortar banking system had dominated the financial institutions industry arena.

The term “brick-and-mortar” refers to a traditional street-side business that offers products and services to its customers face-to-face in an office or store that the business owns or rents. The local grocery store and the corner bank are examples of brick-and-mortar companies.

But that dominance is fast changing given the speed at which technology is growing with fintech pushing with innovations that make banking easier with unique experience.

‘’In Nigeria, investors are taking positions or stakes in the country’s growing tech ecosystem fueled by attractive fundamentals like the country’s youthful and tech savvy population, increasing smartphones and internet penetration, large unbanked population, among other factors. Between 2011 & 2018, fintech investments in Nigeria recorded more than US$200 million” said PWC (Price Water Coopers) in a report. Obviously, banking is being transformed on account of the increasing sophistication of technology.

Despite the fact that other fintechs are already dotting the financial services industry, the two biggest mobile networks have secured regulatory approval to operate as financial services bank. While active bank customers in Nigeria have grown from to about 73.2 million as at 2019, data shows financial inclusion stood at 64 per cent in 2020 even as CBN targets 80 per cent.

But the MTN subscriber base has hit 76.5million while Airtel boasts of 44.4million according to recent research findings. This an indication that MTN and Airtel may dominate the financial services space if they get their acts together. In fact analysts have divided opinion on the fate that may befall the banking industry given the licensing of the big mobile telecoms firms to play in the banking services arena.

While some experts opine that banking is beyond operating financial services or payment services and may not give MTN, Airtel among others the latitude to corner huge business for themselves in that arena, others believe that banking goes beyond what MTN can do.

MTN and Airtel, experts say do not belong to this category of banks but its services would complement banking services. There is however, a consensus that telecoms dominates the back end of banking in these days of electronic banking.

In his comment, Managing Director, High Cap Securities limited, David Adonri reckons that MTN and other telecoms companies venturing into the banking space would have implications for the banking industry.

Adonri observed that the possibility of MTN dominating the financial services space is not far fetched given the fact that banking as at today is heavily technology driven.

‘’So it will make a very big impact or influence on the banking industry. Look at money transfer, a lot of the banks unfortunately don’t have the back end technology to do money transfer.

My personal experience was that I could not access the money sent to me from America in October through a money transfer platform called Send Wave from any of the banks because of technology deficiency. This tells you that the technology companies are moving in to dominate the banking landscape’’.

In his view, Dr. Boniface Chizea of Chief Executive Officer, BIC Consultancy Services believes that MTN can only play in the financial industry based on what the regulatory authority permits.

“We are going to start from what type of financial services MTN is going to render. In the first place, MTN is not carved out to do banking. Except it is going to begin to do that by carving out shops to do that. At best it is probably going to engage in deposit taking, some form of payment services, honoring cheques and so on. But Banking is a lot more than that.

“I have not read the MTN mandate but we know the CBN target is financial inclusion. This may be one of the strategies to achieve that. I think the role of MTN playing in the financial services arena is to achieve that purpose and other interest of the government in her pursuit to achieve economic growth’’

“Mobile Money is the next growth frontier for the telecoms industry: We understand that the recent approval from the apex bank will enable MTNN to put in place the necessary infrastructure to offer banking services such as acceptance of deposits, remittances, payment processing and mobile wallets. However, it is instructive to note that the AIP implies a six-month waiting period after which final approval will be given, provided all regulatory requirements are met. As things stand, it is difficult to reliably estimate the potential contribution of the PSB subsidiary to revenue, EBITDA and Free Cash Flow (FCF)” said analysts at Cordros Research

Chairman of Zenith Bank International, Mr.Jim Ovia had stated that with an operational FINTECH system in place, there would be more inclusiveness of all and sundry in the economy; transactions and payments will be done efficiently and transparently; one may not necessarily need a banking license to establish how payment systems are done – a rare opportunity to digitize the economy. He explained that contrary to popular assumptions, FINTECH is not a threat to the banking institutions but rather a strategic partnership to better serve the needs of customers.

CEO, MTN Nigeria, Mr. Karl Toriola said the telecommunications giant in the first nine months of 2021, continued to enhance its resilience of the business, improve performance and make good progress towards Ambition 2025 strategy. “Overall, service revenue continues to grow, increasing by 23.7 per cent, ahead of the rate of inflation and supported by voice revenue growth of 10.6per cent and accelerated data revenue growth of “In addition, our focus on cost management through our expense efficiency programme, combined with service revenue growth, led to a 1.6pp EBITDA margin expansion to 52.6 per cent and translated into an increase of 51.9 per cent in PBT.”, he said.