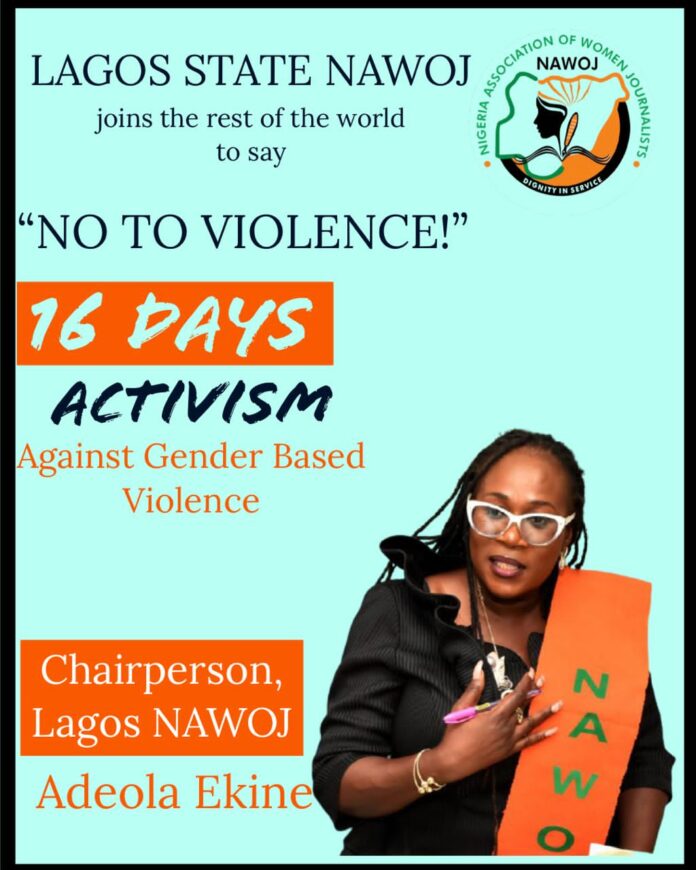 The Nigeria Association of Women Journalists, NAWOJ Lagos State chapter joins the rest of the world to say No to violence in a 16-day activism against Gender-Based Violence.

Gender-Based Violence which can be sexual, physical or emotional has eaten deep into the fabric of the society. According to the Chairperson, NAWOJ Lagos state chapter Comrade Adeola Ekine “Gender-Based Violence is a wicked act and all hands must be on deck to eradicate it in Nigeria, it is a collective responsibility”.

She further states that every perpetrator of such action should be brought to book.

“The movement is geared towards sensitising society on the increase of violence and encouraging Survivors to speak up and shame the perpetrators of such crimes. It is an evil act that should not be swept under the carpet.
So, the association is joining hands with the rest of the world to condemn and say No to all forms of violence in society”.

The annual international campaign kicks off on 25 November, the International Day for the Elimination of Violence against Women, and runs until 10 December Human Rights Day.

The global theme for this year’s 16 Days of Activism against Gender-Based Violence, is Orange the world: End violence against women now!