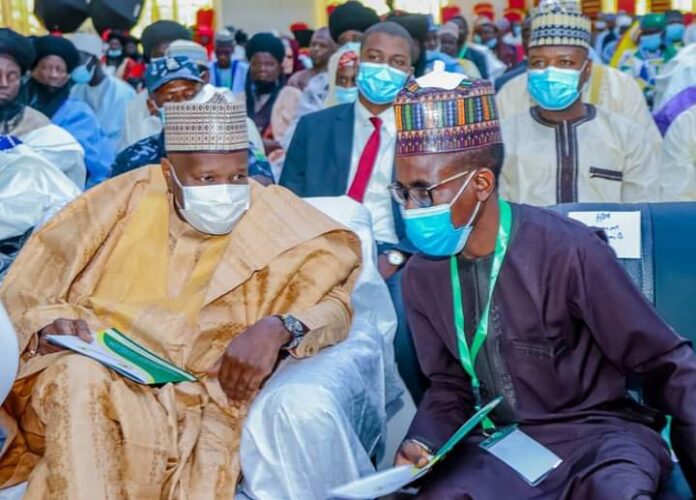 Accelerating the pace of economic development is one of the main political goals of developing states.
Increasing the level of production, financing development activities, alleviating poverty and enhancing the wellbeing of the people are their common challenges. These challenges cannot be overcome unless their resources are mobilized properly.
Hence, access to land is very important for human beings as it provides shelter and the means for their livelihood. Land policy of a state is guided by its national political objectives, which presents (a) efficiency and promotion of economic development, (b) equality and social justice and (c) environmental preservation and a sustainable pattern of land use and more.
According to the Director General of the Gombe Geographical Information System, GOGIS Dr. Kabiru Usman proper land administration and management is essential in not only managing the growth of a city but equally serves as a source of revenue generation.
The Revenue generation could be from security, land market, land taxation, land use planning and development regulation, land reform etc.
Citing Gombe as an example, Governor Inuwa Yahaya of Gombe Statet explained that a just and efficient land administration system is necessary in order to guarantee ownership and security of tenure, provision of security, support land and property taxation, monitor land transactions as well as reduced incessant disputes associated with land.
He observed that Nigeria, like Gombe State, is faced with the challenge of ensuring proper and orderly land administration which his administration is doing everything necessary to change the archaic process of land management.
Why GOGIS was created
The land administration system (LAS) in Nigeria has evolved over the years.
Stakeholders, including service providers, beneficiaries, and professionals, have different perspectives on the system. Their views of what constitutes an effective and robust LA, in terms of how it is designed, built, and operated, are fundamental to national development.
In Gombe state, during the campaigns of Governor Muhammadu Inuwa Yahaya, he stressed the need to correct all irregularities in land administration so as to ensure sustainable use and proper management of our land.
Accordingly, one of the promises is that he will “ensure the maintenance of accurate database of all lands in the state and ensure speedy acquisition of land title documents”. To achieve these, he pledged that, if elected, he will “strengthen the Gombe State Geographical Information System (GOGIS) through adequate funding, staffing and equipping to enable the Agency deliver on its mandate”.
While declaring the two-day stakeholders different rulers in the state, tagged ’ Engagement open on Land Administration in Gombe State, he said “Today, all of you can bear testimony to the efforts we have made since assuming office to change the narrative by ensuring the successful take-off of GOGIS as an important agency of government through the provision of a state-of-the-art office accommodation, operational vehicles and other necessary equipment including modern ICT infrastructure thereby ensuring proper implementation of the first phase of its establishment as an institution.
Similarly, we awarded the contract for the second phase of its take-off which includes full digitalization of land administration in the state” he stressed.
He said when completed, the project will upgrade the existing aerial photographs and Geographical maps of the state by producing high resolution (GIS) imagery which will enable clear identification of property boundary for the ease of application and issuance of digital certificate of Occupancy, C of O.
According to him “We signed Executive Order 4 in 2020 which seeks to check uncontrolled alienation of communal lands, ensure provision of basic physical and organizational infrastructure and expanded the radius of all existing urban areas, while creating new ones in all the local government areas of the state.
He said following the realization of the need to align with modern realities in metropolitan development, we initiated the Gombe Capital Special Development Zone project aimed at providing befitting structures, access roads and other facilities while also ensuring strict compliance with development control regulations in and around the state capital”.
“A good land administration system is essential in order to improve urban planning, support infrastructural development and proper environmental management”, he stated.

What is GOGIS doing to raise revenue for the state

GOGIS has continue to undertake “Operation Show Your Land Title Documents”, the operation aimed at sensitizing people on their duty as law-abiding citizens to pay their ground rent creating revenue for state and other related taxes.
Secondly the agency has succeeded in many fronts by mobilizing industries, banks, fuel stations and other commercial institutions to pay their dues.
To lead by example, most at times this kind of operation is done by a team of professionals under the leadership of the DG himself. This singular task has helped Gombe State Government in broadening its revenue base to cope with the current economic realities