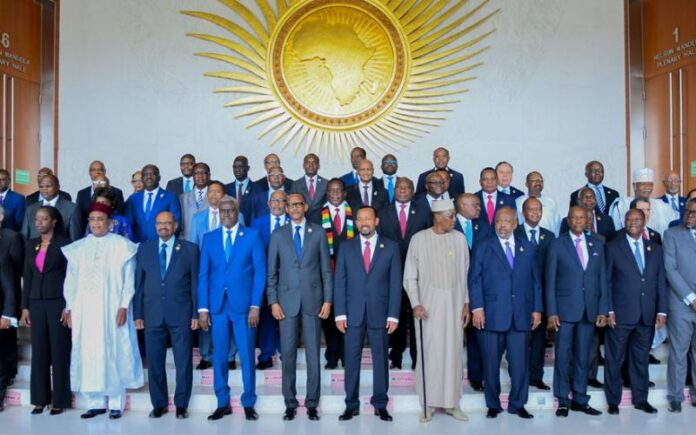 In 2021, not less than six African countries including Congo Brazzaville, Mozambique, São Tomé and Príncipe, Somalia, Sudan and Zimbabwe are already in debt distress, according to data from the International Monetary Fund. NIYI JACOBS writes on the consequences of breaching repayment agreement with international creditors.

Fifteen countries spread across Africa are warming up to breach repayment agreement with international creditors amidst rising trend for Eurobond raise following the pandemic, while six African countries including Congo Brazzaville, Mozambique, São Tomé and Príncipe, Somalia, Sudan and Zimbabwe are already in debt distress

In its 2022 macroeconomic note, Sterling Assets Management and Trustees Limited (SAMTL) hinted about the development, adding that more countries in the region would face distress.

Since the outbreak of the pandemic, African leaders have developed a fresh taste for borrowings from the international capital market despite support from multilateral lenders.

BusinessNews spotted that these countries are rated mostly CCC by international rating agencies. However, a number of rating agencies that have moved the countries instruments into junk have yanked them off from their respective coverage.

In Sub-Saharan Africa, Ghana appears to be the worst with steep debt to gross domestic product ratio, which thus forced international debt capital to be closed against further raise in 2021.

Zambia is also in debt distress after a sovereign default in 2020.  New global resurgence in COVID-19 infections heightens the risk of fiscal pressures.

Recalled that International Monetary Fund, IMF had stepped in with the release of $650 billion special drawing rights for countries. African countries, including Nigeria, benefited from the gesture to avert the risk of over bloating debts.

Based on 2020 data, the debt to GDP ratio is high for Angola, Cape Verde, Egypt, Gabon, Gambia, Ghana, Kenya, Lesotho, and Libya. Others facing steep debt to GDP ratio include Morocco, Mozambique, Namibia, Mauritius, Republic of the Congo.

Fitch Ratings says in a new report that the outlook for SSA is neutral, as growth is expected in line with earlier trends amid persistent pandemic risks.

The global rating hinted that countries are still grappling with the pandemic-related deterioration of their balance sheet, reflected in seven of the 19 SSA sovereigns being on a negative outlook.

However, recent upgrades of Benin, Cote d’Ivoire, Gabon and Seychelles show that for some countries the impact of the pandemic has been less severe than expected.

In east Africa, the negative outlooks on ratings for Kenya, Rwanda and Uganda (all ‘B+’) reflects concerns about the ability to halt the rise in government debt.

In West Africa, growth in Benin (B+/Stable) and Cote d’Ivoire (BB-/Stable) will remain strong and debt is below the regional median.

Mozambique (CCC) could be boosted in the medium term by large natural gas projects, but insurgency and governance challenges pose risks. Ethiopia (CCC) and Zambia (RD) are seeking debt restructuring under the G20 Common Framework.

The main oil exporters Angola (CCC), the Republic of Congo (CCC), Gabon (B-/Stable) and Nigeria (B/Stable) have already gone through a period of adjustment since 2014-2015 oil price crash and will benefit from higher prices.

Cameroon (B/Stable) has handled the pandemic notably well, with barely a change in government debt. The small tourism-dependent islands Cabo Verde (B-/Stable) and Seychelles (B+/Stable) will benefit from the tourism recovery, despite further delays.

Congo’s financing options remain constrained, as it has fully used its access to financing from the regional central bank, and the regional market remains shallow.

The country has also not been able to secure budget support from bilateral or multilateral sources, and in contrast to many low-income countries, did not receive pandemic emergency funding from the IMF last year.

GDP contracted sharply in 2020, by 5.6% due to the Organisation of Petroleum Exporting Countries and allies (OPEC+) oil production cuts, pandemic containment measures and tight domestic liquidity related to the fall in oil revenues.

This continued a contraction in GDP that had started in 2015, with real GDP now 28% below 2014 levels, according to Fitch recent rating report on the sovereign.

Mozambique government debt rose to 121% of GDP, according to Fitch Ratings, reflecting largely the impact of the 18% metical depreciation – 83% of debt is foreign currency-denominated.

Based on the recent data, Trading economics reported that the nation’s debt position as a proportion of its economic size has increased to 122%.

Mid 2021, Fitch analysts said their debt metrics include arrears, including the loans to two former state-owned enterprises, of an estimated USD1.4 billion or 10% of GDP at end-2020.

For the country, financing options remain limited, according to Fitch Ratings report.

Apart from the IMF through its Rapid Credit Facility (USD310 million) in 2020, official creditors have not resumed direct budget support loans, halted since the ‘public hidden debt’ scandal in 2016, although they have provided grants to the country.