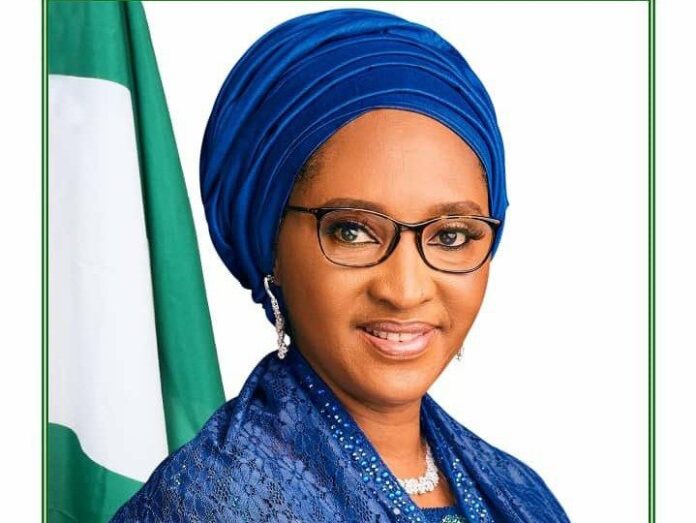 A copy of the public presentation of the 2022 approved budget by the Minister of Finance, Budget and National Planning, Mrs Zainab Ahmed, has shown that the federal government exceeded its debt service allocation by N1.15tn for the period between January and November, 2021, NIYI JACOBS reports

According to copy of the public presentation of the 2022, the federal government allocated N3.32tn for debt servicing in 2021.

Further breakdown showed that from the total of N3.33tn, domestic debt was expected to gulp 2.18tn, foreign debt N940.98bn, and sinking fund N200bn. Based on the allocation, the document further showed that the Federal Government hoped to have spent a total of N3.05tn on debt servicing from January to November 2021.

However, the minister’s presentation document showed that a total of N4.2tn was spent on debt servicing in 11 months, indicating a difference of N1.15tn or 37.9 per cent of the money allocated for debt servicing for the period.

It had been reported that the Federal Government’s excessive borrowing from the CBN through the Means and Ways Advances window could have adverse effects on the apex bank’s monetary policy and subsequently harm domestic prices and exchange rates.

But while Nigerian leaders dwell on their oasis, others were thinking about how to reposition and compete favourably. It didn’t take so much time, they catch and Nigeria catch down.

It is disturbing there is no significant investment in Nigeria with oil windfall. Instead, Roll Royce and private jets for the few scatter and litre the streets.

American brings a lot while Nigeria eats a lot of imported stuff. They even squander away Nigerians commonwealth abroad.

And Bretton wood reposition the global economy, African economy technically tied to the United States dollar. The confession of an economic hit man, some think it’s fiction but it could be unlikely so.

Currency tracking indicates that Naira face the worst pressure between 1998 and 1999, the official exchange rate moved from N22.886 to N92.3381, according to World Bank data.

Since then, trading life has not been easy for naira as the country wobbles, fumbles and is troubled.

The political class and the military combine efforts to punish the Nigerian generation due to a lack of foresight.

Competition for a position without competence kill the future of the Nigerian economy.

It has not survived and is unlikely to survive by the way the Nigerian electorate cast votes. In a couple of years to come, Nigeria could rank among the most indebted nations.

Invariably, the future has been mortgaged. Africa is the property of the creditors. It is hardly seen that Africa country is owing to another – Unlikely so because they African countries like and prefer the greenback.

It is the dollar, just like it is for imported goods that have watered the largest black race in the universe. Then, what are African countries borrowing money to do?

Some countries in the continent are owing more than their entire gross domestic product to bilateral and multilateral lenders.

And China is having commercial fun in the region –a strategic incursion into the continent due to a lack of strategic resources management and coordination.

Many African leaders are simply enemies of their respective nation: gullible! I am still asking: When would Naira get its grooves back?

Foreign interests believe, despite its worrisome state in the FX market, that naira is overvalued and they want the local currency devalued so they bring more dollars into the nation.

It is what it is with Nigeria, producing less and consuming more – a community of people with a taste for everything foreign.