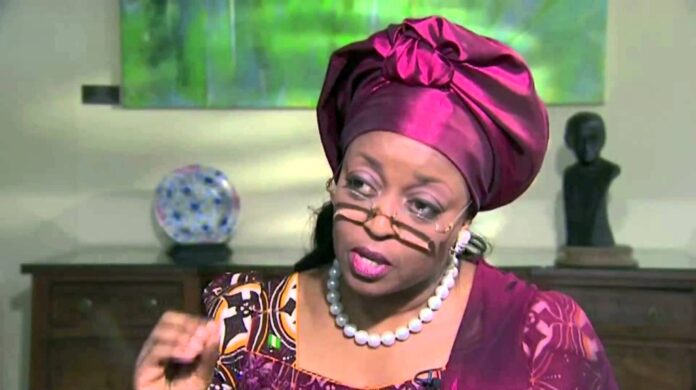 Justice Bolaji Olajuwon of the federal high court Abuja has issued an order for the arrest of Diezani Alison-Madueke, former Minister of Petroleum Resources, following an application by the Economic and Financial Crimes Commission.

At yesterday’s hearing, Farouk Abdullah, counsel to EFCC had made an application for the arrest of the ex-minister. He claimed all efforts by the Commission to extradite her have been unsuccessful.

The judge who granted the request made by EFCC adjourned the matter pending the arrest of the ex-minister.

When the matter was called up in court, Abdullah made an oral application requesting a warrant for the arrest of Mrs Allison- Madueke.

He told the court that efforts made by the commission in extraditing Mrs Allison- Madueke to stand trial were never successful hence, the oral application for an arrest warrant.

He said the warrant was necessary to enable the international police (INTERPOL) to bring back the defendant to answer for the charges preferred against her.

Abdullah noted that the arrest warrant was part of the requirement by the office of the Attorney General of the Federation for the extradition.

It would recall that the Lagos division of the Court of Appeal affirmed the forfeiture of $40 million worth of jewellery belonging to the ex-minister to the Federal Government of Nigeria.

In 2020 Ibrahim Magu decried the refusal of the United Kingdom (UK), to extradite Allison-Madueke, to face trial for alleged money laundering in Nigeria.

He said The EFCC had sufficient evidence to prosecute her for the alleged financial malfeasance she committed while in office.