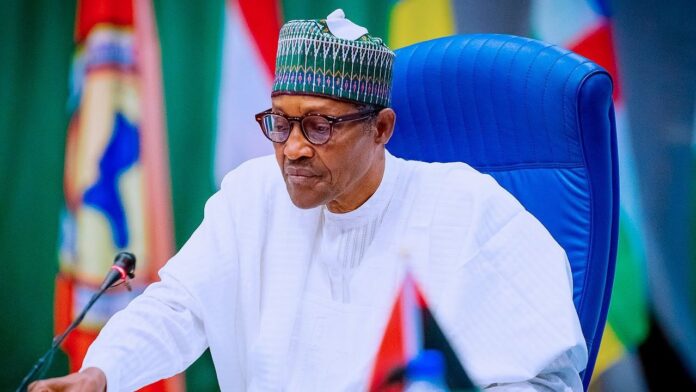 Following the recent thought of concessioning Nigeria oil sector to China, due to the prism of Nigeria’s inefficiencies, Many have seen it as inconceivable and unimaginably. BUSINESS EDITOR, NIYI JACOBS writes that this has become a concern to Nigerians as the only new-functional infrastructure Nigeria has was built and funded by the Chinese. Also, the majority of our loans come from the Chinese.

For readers unfamiliar with oil matters, a quota is an OPEC-imposed trade restriction that limits the number of barrels that a country can produce during a particular period. The reason for quotas is to ensure the oil markets are not oversupplied.

Since Oil is the lifeblood of Nigeria’s economy, then Nigeria should bleed the life out of Oil by maximizing her full production capacity. Oil revenue has dropped as a result of low production and there is a burgeoning need to address it.

Key Nigerian grade Forcados was disrupted last year until Shell lifted force majeure on loadings in September last year. Industry sources said the suspension of exports was due to an oil spill near the Forcados terminal.

Other Nigerian crudes such as Bonny Light, Escravos, and Qua Iboe have also faced production issues in recent months due to operational and technical reasons.

Growing threats by militants to renew attacks on oil infrastructure in the restive Niger Delta still remain a concern.

Oil has been in the over $50 region for over a year and yet the external reserves, the Excess crude account, Nigeria Sovereign Investment Authority (NSIA) fund have not increased significantly as they should have. Any increase witnessed in the reserves is largely due to inflows from the Eurobond proceeds and the Special Drawing Rights (SDR) allocation to Nigeria by the International Monetary Fund (IMF).

In September 2021, Nigeria requested a higher production quota under the OPEC+ accord, claiming that technical problems that have hampered its output “will soon be resolved.” But the numbers don’t lie – Nigeria has failed to reach 1.614 million barrels per day since then.

Now the thought of concessioning to China is inconceivable and admittedly click-bait but if you look at the idea through the prism of Nigeria’s inefficiencies – it is a rational take as the only new-functional infrastructure Nigeria has was built and funded by the Chinese. Also, the majority of our loans come from the Chinese.

Some Nigerians believe that perhaps a local private-sector concession would make more sense for sovereignty and national interest alarmists. But the pace at which the Dangote refinery has stalled is concerning. So, the country needs more players.

The Nigerian Petroleum Industry Act has brought fresh life and the needed impetus into the Nigerian oil sector that the country desperately needs.

In addition to this, the industry needs a total holistic overhaul with new players who would give revenue, royalties, and commission to the Federation account.

New players that would be accountable to the public with mandatory reporting just like companies listed on the Stock Exchange.

Most theorists would argue that, under the conditions of competitive markets and the absence of other market failures, privately-owned companies tend to be more efficient and more profitable than their state-owned counterparts.

If the country is so focused on Oil, then the country should seek comprehensive and sustained improvements in performance and efficiency which is usually associated with privatization. A first step would begin with the privatization of NNPC.

This gives governments a chance to tilt their share allocation patterns to favour domestic investors, impose control restrictions on privatized firms, and typically use fixed-price offers rather than book building or competitive tender offers, all to further political and economic policy objectives.

There are studies that have shown privatization offerings of national oil companies have yielded positive results. For example, a 2008 study on 28 National Oil companies in different countries ranging from China, Argentina, France, Canada to the United Kingdom led to the following:

Increases in capital investment – measured by CAPEX itself plus the two ratios of CAPEX over sales and CAPEX over assets.

Increases in output – measured through both physical output and monetary sales.

The Nigerian Oil Sector would benefit from these positives and it is recommendable that the government should make this priority before handing over to the next administration.

With the oil market tightening and needing supply as global investment and capital expenditure (CAPEX) have declined in fossil fuel production, an opportunity for Nigeria to supply more Oil has presented itself. There are strong indications that this is the year the world will accommodate COVID-19 so we expect demand for oil to increase as jet travel and movement would increase.

Iran (sanctions), Venezuela (sanctions), the United States of America (climate change policies), and the impending exit of Mexico from the international oil market will see global supply pegged and Nigerian oil should get more demand quota to reach its “full oil capacity” of 2.2 million barrels.

Substantive theories show that the Nigerian economy is beginning to disconnect from higher oil prices (subsidy’s fault), and agitated Nigerians even want oil prices to stay lower so that policymakers can extend all their efforts in diversifying the sources of revenue. The resource curse, also known as the paradox of plenty refers to the failure of many resource-rich countries to benefit fully from their natural resource wealth, and for governments in these countries to respond effectively to public welfare needs. Nigeria is one of these countries and has to efficiently maximise all its resources