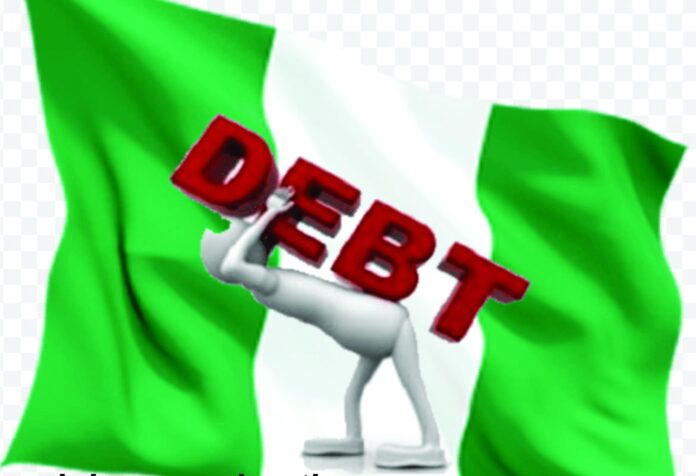 The total amount spend by Nigerian government on debt service rose from N2.5 trillion in 2019 to N4.2 trillion by the end of 2021, according to Senate President, Dr. Ahmad Lawan.

Lawan revealed this  at the 40th Anniversary Lecture of the Chartered Institute of Taxation of Nigeria (CITN), in Abuja, also noted that the Federal Government recorded a budget deficit of N8.74 trillion at the end of December 2021.

This disclosure comes even as government expenditure continues to rise beyond revenue, prompting more borrowings.

The Minister of Finance, Mrs. Zainab Ahmed, during the 2022 Budget Breakdown, disclosed that in 2021 the government recorded a deficit of N7.052 trillion in November 2021, while the deficit for this financial year is pegged at N6.39 trillion or 3.46% of the Gross Domestic Programme (GDP).

Lawan, who spoke through his Special Adviser on Economic Matters, Prof. Nazif Darma, warned that the country was experiencing a revenue crisis.

“Our Country today is in crisis. There are no two ways about it,” he said. “Our economy is a growing one. We have over 200 million citizens. We have a birth rate of approximately 3 per cent. That means approximately 6 million children are added to the population annually. On a daily basis, 16,000 new babies are born.

“These demographic indicators are real challenges to providing quality social services and welfare for our citizens.

“And it will interest you to know that, let me give you some key figures that will, perhaps, predicate some of the things that I am going to say. I am not here to deliver a paper but I think it is important for us to remind ourselves of those fundamentals.

“And the contribution of the major revenue generating agencies into the Consolidated Revenue Fund of the Federal Government, in 2020 it was over N8 trillion, last year, it rose to N11.9 trillion.

“Today, our country’s integrated National Master Plan developed by the National Planning Commission in 2014, indicated that we have a deficit of about N30 trillion in terms of infrastructure delivery.”

The Senate President argued that increasing taxes will not solve the problem, noting that as tempting as this might appear to the government, there must be a limit imposing taxes in order not to stifle business activities.

“Even if we increase the rate of taxation, which I will want to urge us to take a look at; it is good to raise taxes but there must be a threshold of taxation that will not stifle the economic activities thereby limiting contributions of the income to be generated from these businesses,” he advised.

He therefore challenged the CITN and other relevant professional bodies to reassess Nigeria’s tax laws and bring any area requiring amendment to the National Assembly, to shore up revenue.

…It is good to raise taxes but there must be a threshold of taxation that will not stifle the economic activities thereby limiting contributions of the income to be generated from these businesses.

In his own remarks, Vice President Yemi Osinbajo, said with the gradual global departure from fossil fuel, there is a need to seek alternative revenue options.

Osinbajo represented by the Permanent Secretary, Ministry of Finance, Dr. Aliyu Ahmed, noted that undue reliance on oil revenue had put massive pressure on Nigeria’s fiscal position, and as such needs to pay more attention to tax revenue like other nations.