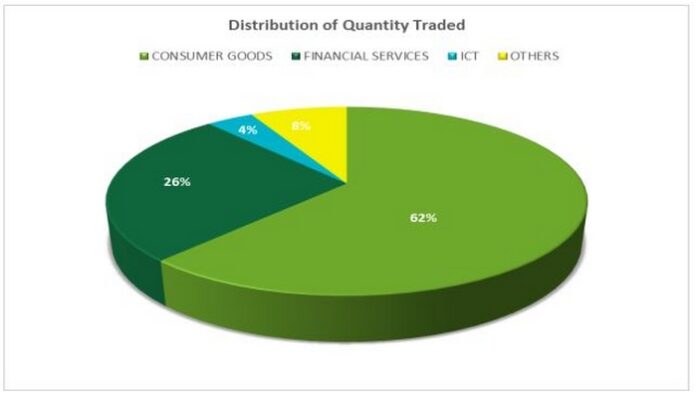 The difference between official and parallel market rates widen last week after deposit money banks told customers their monthly dollar spending has been reduced to $20, 80% below $100 previously allocated to users.

The move by local banks, according to analysts and currencies traders, signal pressures on the foreign exchange inflow despite steep oil prices. Individuals making purchases online have been noted to have resulted to the black market to get dollars for online spending, thus raising demand.

Since the announcement share via emails to customers, the exchange rate at the parallel market has gone wild to N588. Since the apex bank stopped selling dollars to Bureau de Change in July 2020, Godwin Emefiele, Governor at CBN has derecognised parallel market rates.

At the weekend, the Nigerian local currency, naira, traded at N416.33 to a United States dollar at the investors’ and exporters’ foreign exchange window, after hitting N417 during the week. Now, the difference between the exchange rate at the parallel market and the official FX window has widened above N170.

“This is the reason speculative activities in the foreign exchange market has been trending”, analysts said, saying without a unified exchange rate, the pressures on Naira would likely persist.

In the week, Nigeria’s Bonny light crude price rose to $119 per barrel which, according to Cowry Asset Management, possibly improved the supply side of the foreign exchange market. At the Interbank Foreign Exchange market, traders said the exchange rate closed flat at N430.00 amid CBN’s weekly injections of $210 million.

Meanwhile, the naira appreciated for all of the foreign exchange forward contracts, traders’ notes show.

Nigeria’s FX reserves declined for the third consecutive as it closed lower by $145.51 million week on week to $39.52 billion, according to data from the Central Bank of Nigeria website.

“In our opinion, the CBN has enough supply to support the FX market over the short term, given inflows from the recently issued Eurobond ($1.20 billion) and the International Monetary Fund (IMF) special drawing rights (SDR).

“However, foreign inflows are paramount for sustained FX liquidity over the medium term, in line with our expectation that accretion to the reserves will be weak given that crude oil production levels remain quite low”, Cordros Capital analysts stated.

“…we think further adjustments in the Naira-dollar peg closer to its fair value and flexibility in the exchange rate would be significant in attracting foreign inflows back to the market”, analysts maintained.