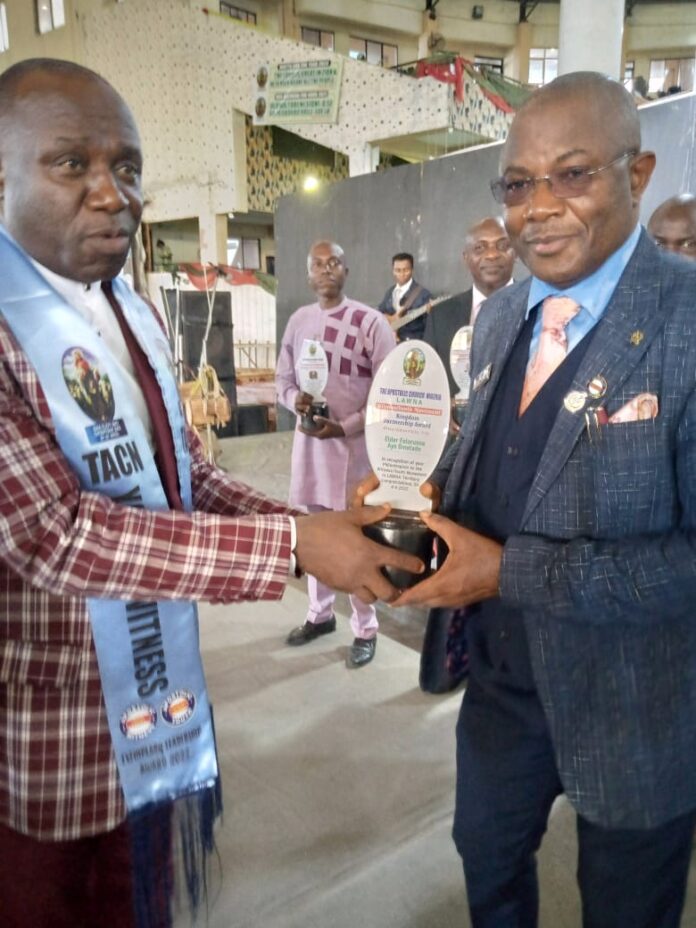 The National Youth Service Corps (NYSC) Director of Corps Welfare and Health Services, Ayodele Omotade, has bagged the “Kingdom Partnership Award” for his quality leadership style and philanthropic support to youths movements both in the Church and society at large.

A statement on Monday by the NYSC Director said the award service was given at the 2022 “The Apostolic Church Nigeria, TACN, LAWNA Territory Youth/Witness Movements Convention” in Lagos.

The award was in recognition of the noble gesture and outstanding leadership style of Omotade to youths from all walks of life.

In attendance were youths and leaders of The Apostolic Church Nigeria from across the Federation alongside friends and well wishers.

He was accompanied to the event by some corps members, who as youths, under the mentorship of the Director in the NYSC Scheme, are symbols of National Unity and Integration.

The statement said the congregation commended the organisers and leadership of the Youth Movement for choosing Omotade as a winner.

The News Agency of Nigeria (NAN) reports that Omotade, fondly called BAF, is an elder in The Apostolic Church Nigeria having been ordained in October 1998.

Before then, he had served in the position of a Deacon in the same church and has always identified with the church at all stations and locations where he worked as a public servant under the auspices the NYSC Scheme.

Omotade is a recipient of countless awards from different youth organisations from across the country, religious bodies, governments, non-governmental organisations, traditional institutions and communities and the NYSC Scheme. (NAN)