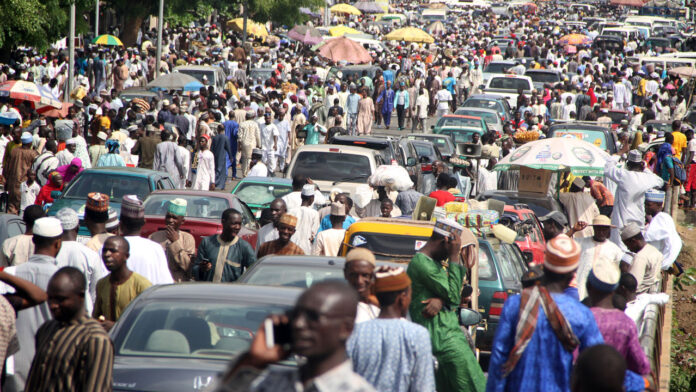 No good building, concept or pursuit can ever be or succeed without a solid and good foundation.The creation or the birthing of the present-day Osun State which has become the pride of all its citizens across the globe as well as its inhabitants, was the by-product of the sweat of some visionary and determined individuals, a chunk of whom are no more alive, today.

It is now a historical fact that the heroic labour of these individuals ultimately crystalized into the creation of the state on Tuesday, 27th August, 1991.These never-to-be-forgotten leaders and visionaries put their lives on the line for the state to be brought to fruition. Nothing good ever comes cheap.

As obvious in the above, the state just didn’t happen; it didn’t just come out of the blues. Those individuals referred to above, fought for it tooth and nail. And, as such, the state came with a price before the prize (Osun) which is now being enjoyed and savoured by all, was spawned!

Significantly, one of those who fought and laboured frantically day and night for the creation of Osun, was Oba Dr. Solomon Oyewole Babayemi, Akinrinola 1, the then Olufi of Gbongan, who was the father of Dotun Babayemi, a PDP stalwart in the state who providence has equally given a responsibility to continue with the gospel of advancement of the state preached and practised by his father and other founding fathers of the state.

The precursory efforts of Dotun’s father in concert with other well-meaning Osun indigenes, dead or alive, gave birth to this state which everyone proudly associates with, today.

Empirically speaking, selfless service to the people and the society admiringly runs deep in the Bavayemi family; it is a virtue that has verifiably run through the royal family’s generations.

Notably, it could be recalled that before the eventual creation of Osun state, there were near rancorous agitations and concerns for different reasons, by stakeholders then. However, these concerns were mitigated and submerged by the people’s unity of purpose.
And, the person saddled with the responsibility of seeing to the settlement of the agitations that then simmered, was no less than the erudite royal father, late Oba (Dr.) Solomon Oyewole Babayemi, then Olufi of Gbongan.
To this effect, the late Royal Father was made the Chairman of an Eleven-man Committee that midwifed the desired peace.

As a result, Oba Dr. Solomon Oyewole Babayemi’s Committee on Wednesday, 24th April,1991, submitted its seventh and final memorandum which was gracefully endorsed by thirty prominent individuals including traditional rulers and community leaders.

Thereafter, the signed memorandum was forwarded to the Federal Government through the then Military Administrator of Oyo State as presented by a delegation led by the Owa Obokun of Ijesaland.

Oba Solomon Babayemi was number 23 on the list of signatories attached to the document. This respected royal father along side his contemporaries, saw into the future and worked relentlessly for its manifestation; a fruit being enjoyed by all and sundry today.

It is thus not surprising that Dotun Babayemi has picked up the gauntlet where his old man dropped it, a chip off the old block, you would say. No doubt, Dotun’s personal, professional and political trajectory has clearly demonstrated the truth in the Yoruba philosophical submission that, “Omo ajanaku ki i ya’ra; omo ti ekun ba bi, eku ni yoo jo” (meaning, the child of an elephant can never be a dwarf; the child of a leopard can not be anything less than or different from a leopard)

Today, Dotun is a major stakeholder in the project called Osun and without pretences, he has always strived to give it his all in a bid to ensure its all-round growth in order to be at par, if not ahead of others, in the country.

Does he have any option other than to give his best to the state? Definitely no! This is because he’s not ‘akotileta’ (a prodigal son). In his own little way, he has in the last 20 years, been empowering the people of the state under different schemes that are still very much in place.

Dotun, commonly referred to as ODB by his admirers and political associates, is a dogged fighter and a marathoner. With zeal and zest, he has been outfooting his foes on all fronts; he can hardly be worn out, because he’s so rugged and determined.
Dotun doesn’t paper over frameworks capable of guaranteeing success or development.This is one of the reasons he has become a household name in Osun today.

Omooba Dotun Babayemi who many see as a good manager of men and resources, was surely brought up in the best tradition and mores, especially in services to humanity as opportunity offers. He has been living up to that billing. And he has his eye on the ball when it comes to leading Osun State to its desired and destined height of greatness in all ramifications.

By the grace of God, efforts of the founding fathers shall never be in vain as many in the state have equally keyed into this vision, a development that has brought about a refrain now on the lips of the people that Osun maa dotun