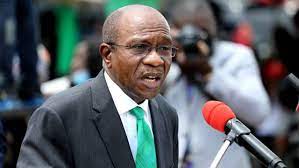 In the face of declining foreign exchange inflows and declining oil production, the naira fell to a record low against the dollar. BUSINESS EDITOR NIYI JACOBS writes on the need for CBN to gradually liberalize exchange rate controls to effectively crack down on speculators

A situation occurred on the black market when dealers took advantage of liquidity issues on the official market to further weaken the Naira on Wednesday evening, devaluing it to N705.

The official market exchange rate, which averages N436 to $1, has stayed pretty steady. However, the majority of companies and people do not have access to the official rate.

In addition, the Central Bank of Nigeria lacks sufficient foreign currency due to decreased export revenues, the Naira depreciated 0.11% from N436.00 it traded at in the session before Wednesday’s trading session to close at N436.50, according to statistics logged on the FMDQ website, where forex is legally exchanged.

The parallel market is where more legal requests for currency are being diverted because the official market is unable to meet demand, despite the official market appearing to be quite peaceful. The Naira’s value has fluctuated during the previous three weeks, with the local currency falling from N650 to N705 to the dollar in a matter of days partially caused by oil theft.

Nigeria gets 80% of its foreign exchange from oil earnings, but due to rising oil theft and the cost of fuel subsidies, the country has lost nearly $6 billion in planned revenue this year. Unavoidably, not much productive capacity is being used to the point that it could be a significant source of foreign exchange earnings. Nigeria’s economy is still mostly monocultural and is reliant on the sale of oil and gas.

Even with the high price per barrel of the product on the worldwide market and the invading criminals stealing an estimated 80% of what is produced, the oil sector’s reputation as a trustworthy source of foreign cash is under threat.

Nigeria continues to struggle as a result of low output brought on by crude oil theft, which also results in low foreign exchange earnings.

According to the most recent Monthly Oil Market Report, Nigeria was only able to produce 1.158 million barrels per day (bpd) of the 1.772 million bpd of crude oil that OPEC had allotted to the nation in June (MOMR).

Due to crude oil theft, Nigeria lost $1 billion in revenue during the first quarter of this year, according to NUPRC Chief Executive Mr. Gbenga Komolafe, who also warned that the situation was a threat to the economy of Africa’s top producer and was related to the nation’s underproduction.

Unfortunately, Nigeria is losing out due to an increase in oil theft and pipeline vandalism while other oil producers, such as Saudi Arabia and the United Arab Emirates, are benefiting from the ongoing conflicts between Russia and Ukraine and the resulting rise in the price of crude oil. For instance, since mid-June, the Trans-Niger Pipeline, a significant pipeline with a daily capacity of around 180,000 barrels of petroleum, has stopped shipping the cargo owing to theft.

With mounting debt service expenses, fuel subsidy payments that, by all indications, may surpass the projected N4 trillion this year, and a significant depletion of its Excess Crude Account, Nigeria is currently experiencing an economic crisis (ECA).

In 2023, the federal government predicts that petrol subsidies will rise to N6.72 trillion if Africa’s leading oil producer sticks with the divisive policy.

Nigeria is suspected of subsidizing its neighbours because of the arbitrage that its subsidies have created, as well as not knowing its precise daily fuel consumption. Investigations have revealed that the lowest level of economic confidence has given certain Nigerians, particularly the wealthy and hustlers, the confidence to gamble against the naira.

With the majority boxing in the same ring as they see the currency lose its peg to its peers, the lines between the elite and regular people, as well as the dwindling middle class and struggling youths, are quickly eroding as desperate behaviours increase.

Nigerians from all walks of life are applying pressure to the naira by shorting it through a variety of strategies that reflect each person’s economic strength and exposure in anticipation of a further decline in value.

Consequently, the demand for quality education is also not helping the naira, Data collated from the Central Bank of Nigeria (CBN) reveals Nigeria’s educational sector has also experienced significant capital flight over the past ten years. According to statistics on the CBN’s balance of payments, Nigerians spent a significant amount on international education during the past 10 years—$28.65 billion (2010 to 2020). This enormous amount was obtained through the authorized foreign exchange window.

The naira is not the only African currency that is devaluing, though. The Ghanaian cedi, which has extraordinarily high inflation, is one of the African currencies with the lowest spot returns for the year, according to Bloomberg.

Compared to the dollar, the currency has lost around 30% of its value so far this year (YTD), which is far more than Nigeria’s. The cedi has fallen to GH9 versus the dollar fifteen years after being redenominated to attain a one-for-one exchange rate.

Further research found that the idea of dollar-denominated accounts has expanded beyond the middle class to include students, artisans, and low-income people. Independent sources noted that rising demand for dollar accounts is dampening interest in conventional naira savings accounts, particularly among young people.

The CBN should gradually liberalize exchange rate controls to effectively crack down on speculators, according to market analysts. There is no disputing the fact that these controls are an economic annoyance and frequently make life difficult for legitimate foreign exchange users and, by extension, the rest of society.

Also, the Nigerian government needs to fight oil theft aggressively by enforcing state accountability and integrating high-tech tracking technology into its crude oil tracking process. Apart from the socio-economic impact of the theft, this menace also threatens regional security and peace, as well as the proliferation of weapons.

Education is another area where the FG’s funding should be aggressive on. There will be little need for Nigerians to travel abroad for a good education if world-class schools are operated in the country.